Existing Member? Login
Not a Member? Join Us 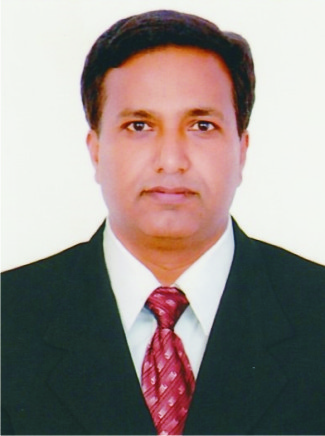 Dr Sanjay Kumar Singh (born in 1972) has graduation and post-graduation from CSA University of Agriculture & Technology, Kanpur with Gold Medal and did his PhD in 1999 from Banaras Hindu University, Varanasi, UP. Presently he is working as Principal Scientist at ICAR- Indian Institute of Wheat & Barley Research, Karnal.

Dr Singh has significant contribution in the field of Crop Science especially wheat improvement. He has released 21 wheat varieties from the CVRC including the landmark variety DBW 17. Besides, he has registered 32 wheat genetic stocks for various yield component traits, resistance to biotic & abiotic stresses and quality traits. He is well versed with conventional and molecular breeding techniques and has specialization in breeding wheat for tolerance to abiotic stresses and hybrid wheat development. He has developed 75 new cytoplasmic male sterile lines in wheat of which 5 have been registered with NBPGR as Genetic stocks. Dr Singh has been associated in coordination activities under AICRP on Wheat & Barley since 1999 and is Zonal Coordinator for Peninsular Zone.

Dr S K Singh has received more than 30 awards and recognitions including ICARLBS Young Scientist Award (2006) and UP-CST Young Scientist Award, 2008. He has successfully handled more than 10 externally funded projects from CIMMYT, ACIAR, DBT, DFID and visited Mexico, USA, France, Morocco and the Netherlands. He is member, Expert Working Group on Adaption of wheat to abiotic stress (AWAS) and Wheat Breeding strategies of the G-20 Wheat Initiative. He has more than 300 publications to his credit including 85 research papers in journals of international and national repute.

Considering all his achievements and outstanding contributions in the field of Wheat improvement the Indian Society of Genetics & Plant Breeding has recommended his name for the VS Mathur Memorial Award-2019, as such the Academy confers upon him the same today on the 14th December 2019