Important
Existing Member? Login
Not a Member? Join Us 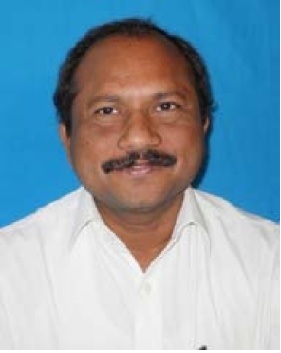 Dr. Sharat Kumar Pradhan did his Ph.D. in the year 2003 from GBPUAT, Pantnagar. He is a principal scientist at ICAR-National Rice research Institute,Cuttack.

Dr. Pradhan has significantly contributed in the field of Rice Breeding. He has developed twenty nine rice varieties for various states of our country. A maximum of eleven varieties for lowland; eight for irrigated; seven for aerobic cultivation and three varieties for upland ecologies are notable contributions of Dr. Pradhan. He has received many awards, viz. three times best scientist award of ICAR-NRRI, Cuttack for the year 2006, 2010, 2015; Panchakhanda Samman 2014; Bharat Siksha Ratna award 2014 and Indo-Nepal Gold Star award 2015 by global Society for health & Educational Growth, Delhi and Indira Gandhi Gold Medal Award presented by Global Economic Progress & Research Association 2015. He has published about 60 research articles in reputed National and International journals. He has written six book chapters and handled five research projects funded by DBT,Govt.of India and NASF, ICAR. He has successfully guided five students for Ph.D. degree and five students for M.Sc thesis research work. Currently, Dr. Pradhan is Editor-in-Chief of the International Journal, Oryza.

Considering all the achievement and contribution in the field of Agriculture (Genetics and Plant Breeding). The BOARD OF AWARDS of the Society has recommended his name for the ISGBP AB JOSHI MEMORIALAWARD 2017, as such the Society confers upon him the TH same today on the 5 OCTOBER, 2017